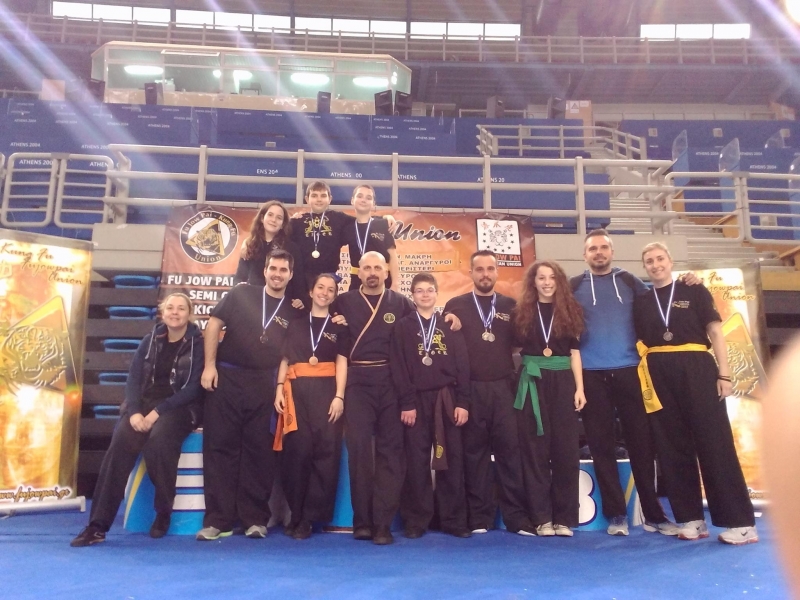 The annual Panhellenic Fu Jow Pai Championship is nothing less than a milestone for the athletes of Evolution Tiger School.

In our established participation to the championship conducted by the Hellenic Fu Jow Pai Athletic Union, our athletes competed in traditional Tao Lu forms and competitive Point Fighting matches.

Our athletes had an exceptional performance, winning 8 gold, 4 silver and 3 bronze medals in total, certifying in an emphatic way their outstanding work within the training sessions.

Sifu Heracles Stamatis would like to express his gratitude and the warmest congratulations to all participating athletes!

You may also see the achievements of our athletes at the 23rd Panhellenic Fu Jow Pai Championship.