WHAT IS QI GONG?

Qi gong is a 4000 year old preventative treatment method, coming from China. Depending on the form of Qi gong, there are exercises that don’t include movements and exercises that have a whole series of specific movements and breaths, aiming to improve the health of the trainee through the empowerment of the body in physical way, mental relaxation and spiritual clarity. Guo Morno, a historian and president of the Chinese Academy of Sciences, has discovered findings that indicate the existence of breathing exercises in bronze scripture, Jin Wen, during the Zhou dynasty (1100-221 BC).

Additionally, references to the importance of breathing are also made in the famous Huang Di Meijing book of internal medicine, whose author is believed to be Huang Di. The book at one point mentions something that should not be ignored:

"Someone has to inhale the essence of life, regulate breathing to maintain the spirit and keep the muscles relaxed. When the mind is quiet and empty, true Qi is controlled. If you keep your mind focused, then the danger of illness will be disappeared."

"Those who have kidney problems, can do the following exercises: early in the morning stand in the South, breathe seven times without thinking anything." 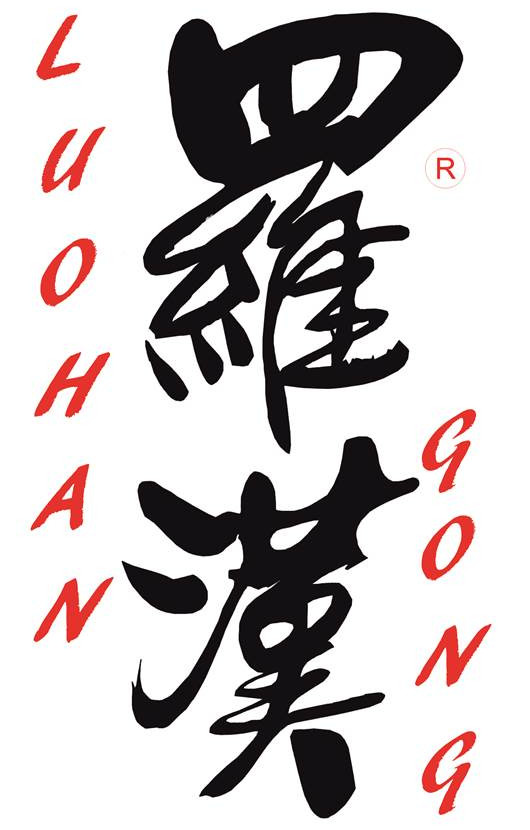 WHAT IS LUOHAN GONG?

It is of high essence to know the origin of Luohan Gong, so that we can realize the value of this exercise, as well as the importance of our position as we become companions of this exercise. That's why it's worthwhile a historical flashback:

In the 6th century, a Buddhist monk from India named Bodhidarma, or Pu Ti Ta Mo in Chinese, was the 36th patriarch of Mahayana Buddhism who brought in China Tripitaka (the three Sutras) and traveled all over the country. Eventually, he settled in the Shaolin temple of Xenan province. He was the founder of Buddhist Chan, later known as Zen in Japan. According to the legend, Bodhidarma spent 9 years doing meditation in a cave. During these nine years he discovered that physical immobility, along with the intense cold and wind, was the cause of his physical pain and the fatigue he felt. His students suffered from the same problems. Bodhidarma set up a series of exercises, based on Indian yoga, Chinese good health, perpetual exercise and movement of wild animals that he had noticed. This series of exercises is known as "The hands of 18 monks" and it is believed that Shaolin Chuan Fa was created from these exercises.

According to some writers during the Yuan dynasty (1264-1368), "The hands of 18 Luohan" were extended to 72 movements and later to 173 and constituted the base of Shaolin Chuan Fa. It is essential to realize that Luohan Gong is not another Chinese exercise that came to the West. Luohan Gong is the initial form of a method of preventive treatment for health problems that monks had, caused by the many hours of sedentary meditation, and this form constituted the base of Shaolin Chuan Fa and therefore other martial arts.

a) "The hands of 18 Luohan" (which emphasizes the end of Yin and Yang, empowers body and mind and cultivates perception)

b) Siu Luohan (it is based on greater use of breathing, instead of body movements, in order to reproduce Chi circulation)

c) Tai Luohan (which is relevant to sedentary meditation with different ways of breathing and positioning of the hands).