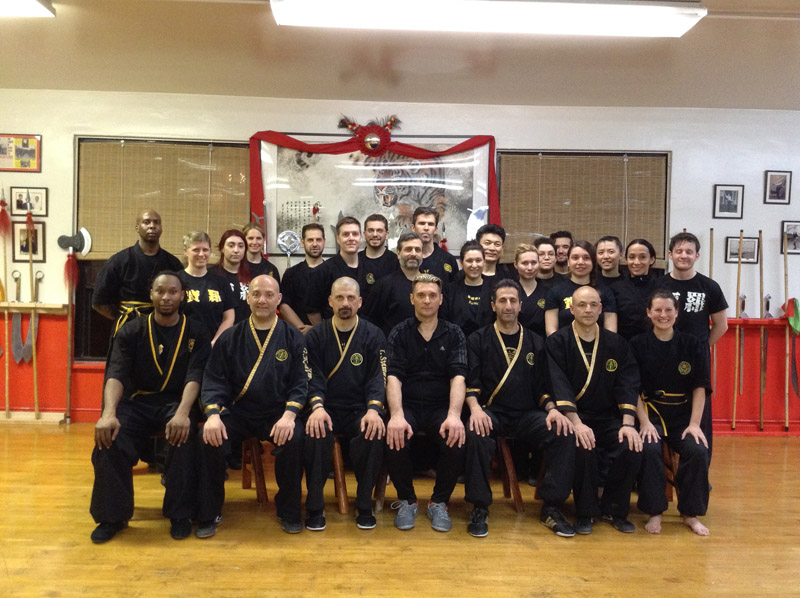 On April 14th 2015, Heracles Stamatis, among other founding members of the Hellenic Fu Jow Pai Athletic Union's Sport Division, travelled and stayed for 8 days in the city of New York, the origin place of the Fu Jow Pai system.

Along with the three other Sports Division members, they had been training on a daily basis, performing long sessions by morning and during the afternoon, thus carrying on the effort for seamless and sustained progress on the art of Fu Jow Pai Kung Fu. Their training was under the consistent supervision of Sifu Tak Wah Eng, a senior follower of the Fu Jow Pai system. After this trip, Sifu Tak Wah Eng has become the successor teacher for these 4 members of the Sports Division, which makes a big success and a great honor.

They also had the chance to perform training sessions with Sifu Paul Koh, the senior student of Sifu Tak Wah Eng, exchanging valuable experiences and working for many hours on advanced forms of the system.

Finally, they arranged meetings and training sessions at historical locations for the art of Fu Jow Pai, such as the Colombus Park and the Headquarters of Fu Jow Pai Federation, under the supervision of Fu Jow Pai's gatekeeper, Si Gung Wai Hong Ng. These sessions have been focused on an advanced form – trademark of the system, one to be teached solely to the disciples of Si Gung Wai Hong Ng. Another great distinction that bears great responsibility towards the system we are serving for many years.

See more photos of the trip to New York.