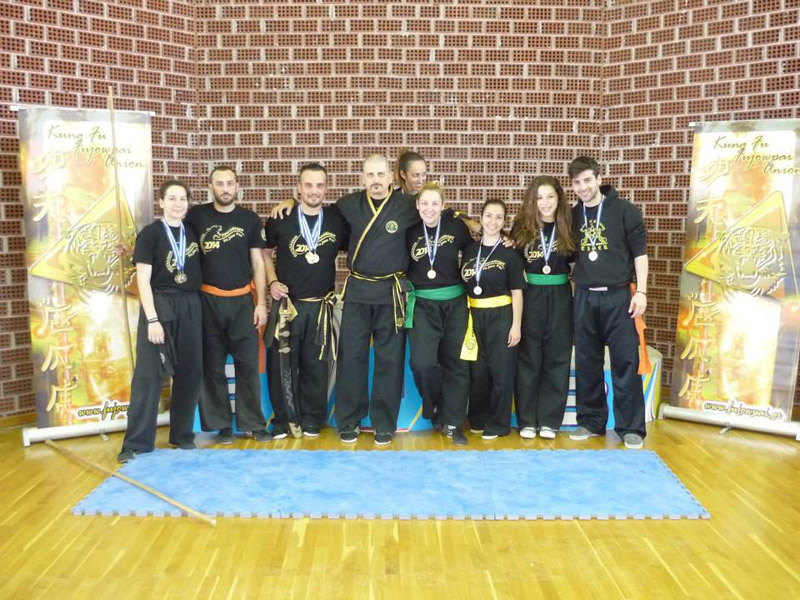 The athletes of Evolution Tiger School have had exceptional performances within the 22nd Fu Jow Pai Interschools Tournament, held on May 3rd and 4th 2014 at the indoor stadium of the Olympic Village.

During the first day of the tournament, on traditional Fu Jow forms –both armed and unarmed- competitions they won 14 gold, 13 silver and 8 bronze medals (overall success rate : 85,4%).

During the second day, on the Point Fighting matches, they won 2 gold, 9 silver and 2 bronze medals (overall success rate : 72,2%).

Congratulations to all for their great achievements!

Watch a video footage of the Point Fighting competition, on the 22nd Interchools Tournament.